Shopping in 2020 can be difficult! Panic buying, distancing laws, arrows directing me down the wrong aisle. Even walking down the street makes me feel slightly guilty, although shopping is essential. Still, I can drive. The chemist even delivers to my door! Well, at least I don’t have to work out an order for six months’ supplies as the earliest squatters around the Dandenongs did and then wait another six months if I forgot something.

As a new digger in 1859 I’d have struggled over the mountain laden with all the essentials on my back, unless I could afford a horse. Further supplies for the Emerald Gold Rush were soon brought in by bullockies Tom Charman and Dan Kennedy. Bullock teams, even packhorses battled over steep, rough, muddy tracks. They came from the south through the unsettled subdivision known as ‘Main Range’, now Emerald township. From the north, a Lilydale trader sent supplies via Silvan, along the pack track now known as Old Emerald Road.

The first two tent stores providing for resident miners were located south of the Sassafras Creek, an area known as Fairy Dell. William Kirkpatrick was a blacksmith and also a butcher. Meat was for the catching from among the strays that roamed the hills. His store also became the temporary base for the policeman who arrived in 1859. William Stuart was a champion buckjump rider, a former policeman who had worked at breaking in police horses before he succumbed to gold fever. The second child born on the goldfield was his son James.

In the late 1860s the diggers were moving eastward to Cockatoo and Gembrook where teamsters brought up supplies from Narre Warren. Frequently the Chinese moved to a goldfield as the initial rush dwindled but it was reported too that ‘the Chinese are leaving the field’. Old Monbulk residents believed they had been present in significant numbers. The remains of their round shafts can be found in Monbulk especially in the gullies of the Bald Hills. Pieces of their broken pottery were found on the site of their store on the Old Emerald Road.

Early bush stores were sometimes designated post offices but mail could arrive anywhere. Some Monbulk mail arrived at Stuart’s store at Macclesfield or was left in ‘loose bags’ in the care of landowners in other directions. After South Wandin (Silvan) acquired a school in 1876, letters were left there.

At Ferny Creek mail came to an 1880’s store on private property. Sassafras mail came up the Old Coach Road from Bayswater leaving loose bags at several private addresses on its way to Arthur Goode’s bark hut store, possibly the first new one for the village settlements.

Olinda mail came by packhorse up Dodd’s track with bread, groceries, newspapers and meat, which Percy Dodd fetched from Melbourne after getting up at 3am. Eventually he acquired a two-horse wagonette with a sapling attached to the back axle to act as a brake on the steep hills. Dodd’s pack horses persisted on ‘The Track’ down to Monbulk, claimed to be the worst in the district. On arrival, he summoned the householders with a bugle call. Soon he set up shop on Holden Road often killing on site. From there his brother-in-law set off on horseback twice a week with two panniers of bread signalling his arrival by ringing on the bottom of a glass bottle. Monbulk settlers still ‘walking to Emerald’ were actually shopping along the Sassafras Creek.

Kallista’s first storekeeper initially brought the mail up twice a week from Ferntree Gully stopping at ‘the Stump’ on his way home where he stood on top of the hill and called out, “Post!” for the locals to come pick it up. By the time he arrived home via Monbulk to The Patch store it was pretty late. Eventually Kallista (South Sassafras) residents built a six foot square room where letters were handed out for an hour a day.

From 1894 a Canadian delivered the mailbag three times a week from a post office at Sherbrooke, run by a Canadian, until in 1898 a volunteer service was begun for carrying mail. Mail for the Kalorama end of Mt Dandenong came up by Jeeves’ coaches from Croydon, the state of the roads making Ferntree Gully inaccessible. Some settlers set up as storekeepers from the beginning with limited, non-perishable stock such as Percy Cerutty’s makeshift Monbulk store, who later perished in his own diggings.

The arrival of the train enabled some Monbulk men to work in the city during the week. After fetching provisions from Victoria Market they walked up from Ferntree Gully or Bayswater stations, with children walking to Ferntree Gully station to take part of the load. Even from Ringwood, if there was no further train at a suitable time, they often carried a 200 lb. bag of flour as they walked over the mountain via The Basin and Olinda. Most arrived late on Saturday, to work at clearing their land from daybreak on Sunday. “It took them a while to get home,” Frenchy Anderson’s daughter mused. “There were two or three wine shanties on the way.”

Monbulk village settlers, if they had government vouchers, walked to Head’s or Lording’s Ferntree Gully stores and back or to Robert Hughes’ depot for potatoes if they were desperate. These ‘sugar bag farmers’ slung the ubiquitous hessian bag over their shoulders but Ben Simcox kindly made a hod for his wife for easier carrying. John Baynes walked to Lilydale once a month for provisions, another to a store at Montrose.

Soon groceries were coming from Lilydale with mail, as close as they could, sounding a horn to bring customers out for their week’s provisions. Nation’s horse and cart (or sled when roads were less navigable) carried goods, passengers and mail to South Wandin where Mrs Moore of Moore’s Road provided a full postal service from 1897. Steve Burne drove weekly to an auction of meat and vegetables bringing back provisions for neighbours from Emerald township which gained its first store in 1898.

Other townships grew similarly, settlers’ stores often providing a temporary income while blocks were being developed. Pedlars and agents for tea also turned up from time to time with less perishable goods. Afghan pedlars were not always welcomed by nervous women.

Marvellous Melbourne had declined into Depression. Only as developing crops ripened and fruit-picking (and trading) brought its reward were some women able to look forward to an annual trip to the city for their personal needs. 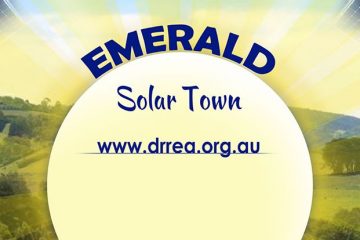 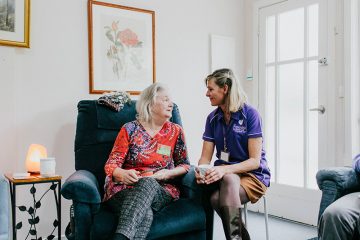